Banish moulds from your home 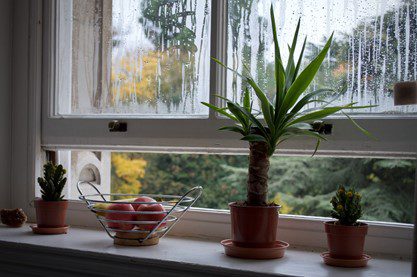 The damp, cool weather we experience in the UK in winter is ideal for the formation of mould.  We have all seem it – the black goo that forms around cold window frames and covers walls near showers or tumble driers.  There is also that musty smell we can recognise when houses have been shut up for a while.  These are both indicators of mould which can have serious health implications especially for people who suffer from allergies or more vulnerable groups such as babies, small children, the elderly and those with compromised immune systems.  For everyone else, moulds create very poor indoor air quality which can lead to chronic health issues.

Moulds can produce allergens, irritants, and mycotoxins. Some of these can be toxic, especially to individuals who have a sensitivity to them.  Over time, exposure to poisons released by moulds can cause a range of health disorders.  Dampness encourages materials to break down, increasing the volume of particles in the air and making the problem worse.

Mould allergy symptoms are like other allergies – runny noses, coughing, sneezing and these symptoms can be easily confused with colds & flu.  Moulds can also induce asthma attacks and other respiratory problems as the mould particles irritate the mucus lining of the airways and lungs. 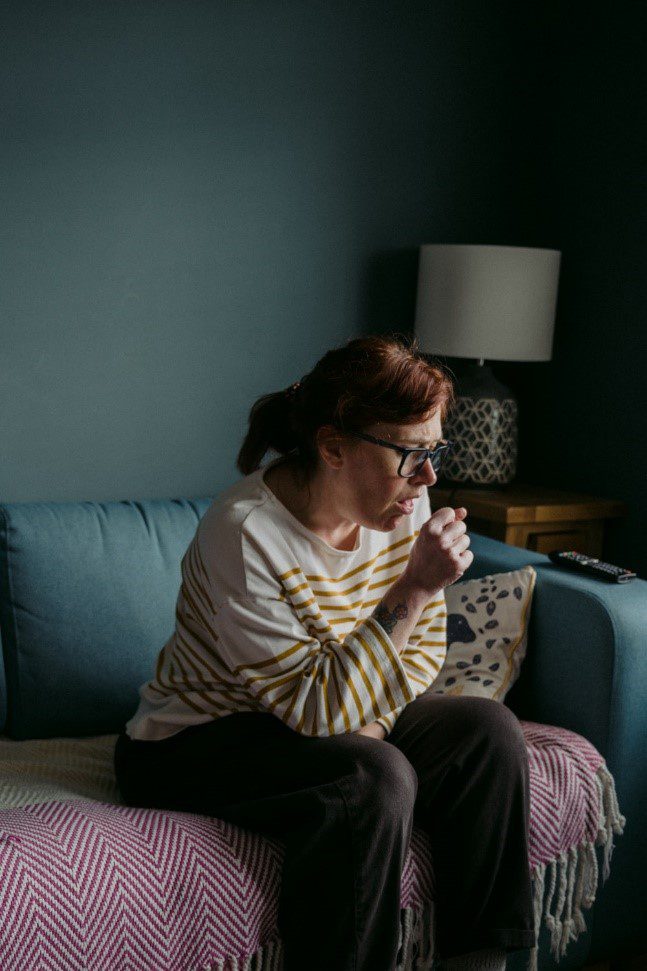 Moulds are part of the fungi family and mould spores are around us both inside and outside all the time.  It is only when the spores find a good growing environment that moulds thrive and can be seen with the human eye.  Moulds love places with lots of moisture such as choked guttering, roofs, windows and pipes or where there has been flooding. Inside, mould grows well on paper & wood products, cardboard and tile grout. Moulds can also grow in dust, paints, wallpaper, insulation, carpets, fabric, and upholstery.

How to eliminate moulds

How can we stop mould spores growing into mould?

Allergy UK has a very helpful summary of do’s and don’ts we should be aware of:

Ventilation and cleaning are key

It is particularly important to ventilate your home even in cold weather.  You can make this easier by alternating ventilation with heating.  For instance, windows (and doors) can be opened in the mornings and as the temperature drops later in the day, close up and put the heating on.  It is always a good idea to have a window open at night in bedrooms – even just a crack.  In bathrooms during winter, open windows or turn on an extraction fan for an hour or so after you have finished to avoid a build-up of condensation.  If you live in an old building or where the climate is more humid, consider investing in a dehumidifier.  This will mean you can reduce the humidity in your home to less than 50% which is ideal for inhibiting the spread of moulds.

If laundry must be dried inside, it is better to use a heated laundry rack than hanging clothes over radiators.  The heat from an electric clothes drier is gentler than radiators and clothes can be left overnight to dry and air at very little cost. 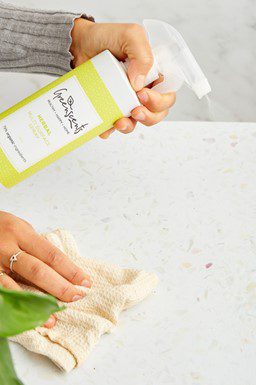 It is a good idea to deep clean kitchens and bathrooms during January.  Fridges and washing machines are both prone to mould build-up and should be given an early spring clean.  Use organic non-toxic multi-surface sprays that are safe around food and will not create air pollution if you are cleaning in a small space.  Make sure you dry all surfaces in fridges and washing machines before you finish – especially around rubber seals and door closures. In fact, wherever you clean to irradicate moulds, it is very important to dry the area thoroughly afterwards to avoid repeated mould growth.

Indoor air quality is important as we spend around 90% of our time inside – especially during the colder months.  Moulds can cause serious health issues and it is worth taking special measures to banish moulds from your home this winter.